BLACK LIVES MATTER We stand together in solidarity across the globe to change the world, we kneel together for peace and unities asserting Black people are treated as humanely and fairly as White people. It is a human right to receive racial equality, social and criminal justice in the societies we live, and to receive parity as full citizens of the country and as a nation.

This is a non-political, non-partisan, non-violence platform. Some content published on this website may have limited political content by the very nature of a state governed country, and system of democracy.

We operate in a humanitarian capacity and concern first and foremost. We believe racism transcends politics and endeavour to avoid distractions that attempt to get in our way of dismantling the harm that racism causes.

Disclaimer: We are NEITHER associated or affiliated with @ukblm registered (Sep 2020) with FCA under the name 'Black Liberation Movement UK' nor are will affiliated to BLM USA and or any other political party or group here in the UK or abroad.

Promotion and protection of the human rights and fundamental freedoms of Africans and of people of African descent against excessive use of force and other human rights violations by law enforcement officers Report of the United Nations High Commissioner for Human Rights
Anti-Racism & Equity Carta
Subscribers united in action to eradicate racism in institutions, organisations and businesses
Black Cultural Archives: Response to the Race Report '21
Black Cultural Archives leaves government’s Windrush Working Group after ‘unsubstantiated’ race report

Black Cultural Archives (BCA) refutes the approach and findings of the report on the basis of its poor use of data, unsubstantiated conclusions and British history inaccuracies.
The closing date for submissions is 5 April 2021
The Strategic Review of Policing has launched a Call for Evidence. This is the second part of its major, independent Review of Policing in England and Wales.
Download Publications
The Strategic Review of Policing will publish a number of Insight Papers and an interim report during the course of the Review. A final report will be published in the autumn of 2021.
THE BLACK CURRICULUM
BLACK BRITISH HISTORY IN THE NATIONAL CURRICULUM
REPORT 2021

Throughout centuries to present day, Black British history has been made, and unfolded in front of our very eyes in different spheres. Yet with no mandatory place on a highly Eurocentric national curriculum, Black British history continues to be viewed as insignificant. We have seen the effects of this omission, which pose a number of serious and dangerous political consequences.
Click to read more...
The Colour of Injustice
‘Race’, drugs and law enforcement in England and Wales

Release
The national centre of expertise on drugs and drugs law

Runnymede is the UK’s
leading independent thinktank
on race equality and race
relations. T
EXCLUDED IN ENGLISH SCHOOLS
HOW BLACK WORKING-CLASS YOUTH ARE CRIMINALISED AND EXCLUDED IN THE ENGLISH SCHOOL SYSTEM

4in10: London’s Child Poverty Network is a campaigning network of organisations working to improve the lives of the 4in10 children living in poverty across the capital.

We believe child poverty can be tackled. It doesn’t have to exist.
YOUNG AND BLACK IN THE UK
Adele, Bose, Emily, Noel
Members of the YMCA Youth Advisory Group

The Young and Black report exposes the true nature of what it is like to be a young Black person growing up in the UK today. As the steering group behind the report, we created safe spaces where the Black community could come together to share their experiences – and that they did.

The Home Office broke equality the law, by imposing its "hostile environment" immigration policies which contributed to the Windrush scandal, ERC report found

Problems caused by policies were "repeatedly ignored, dismissed or their severity disregarded" as they were being developed, according to Equality and Human Rights Commission (EHRC) assessment

The government department has committed to an agreement with EHRC to take action
NEW! Nov 2020 - 11th Report of Session 2019–21
In response to the awful killing of George Floyd in the US, Black Lives Matter protests
in the UK have highlighted once again the racism and inequality that exists here. Racial
inequalities in the protection of human rights raised by the Black Lives Matter movement
led this Committee to commission polling which found that over three quarters of Black
people in the UK do not believe their human rights are equally protected compared to
white people.
BRIEF FOR REVIEW - HISTORY IN RELATION TO BRITAIN’S COLONIAL PAST
Somerset House are now looking for an individual or group with experience of conducting historical research and analysis within a social context.

You will have a qualification and recognition in a related field and have demonstrated the ability to combine your historical research into a cohesive written account. 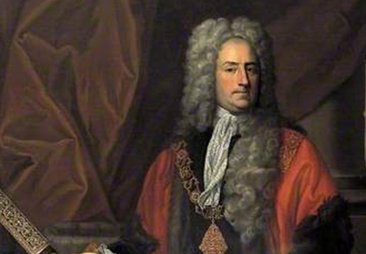 The Bank of England has removed ten paintings and busts of seven governors and directors with known connections to the slave trade and hired a researcher on slavery for its museum.

Eight oil paintings and two busts were taken down from view after a year-long internal review.

Formerly on view at the Bank of England’s headquarters in London, The Bank of England have now removed portraits and busts depicted people including: James Bateman and Sir Gilbert Heathcote.

In total, eight oil paintings and two busts were taken down at the bank’s headquarters and adjacent museum in London. The move was the result of a year-long review commenced last summer, in the wake of the Black Lives Matter protests that erupted across Europe and North America

This was following the Black Lives Matter protests last year 2020, the bank

Founded in 1694 to act as banker to the government announced plans to review its art collection.

27th Aug 2021 a spokeswoman said: “The review is now complete and artworks depicting former governors and directors, where we have been able to establish links to the slave trade, have been removed from display. 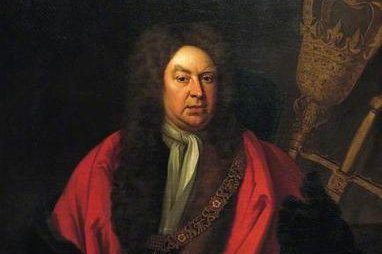 Ex Slaves talk about Slavery in the USA

A story done by ABC News in 1999 about slavery as told by people who were slaves. Recorded in the 1940's.

British merchants were major participants in the Atlantic slave trade. Then British people living within the British Isles, as well as in British colonies, might own African slaves. Ship-owners transported enslaved West Africans, as well as British natives, to the new world particularly to the Caribbean to be sold there. The ships brought commodities back to Britain then exported goods to Africa. Some entrepreneurs brought slaves to Britain where they were kept in bondage. After a long campaign for abolition led by Thomas Clarkson and in the house of commons by Willian Wilberforce, parliament prohibited dealing in slaves by passing the Slave Trade Act 1807 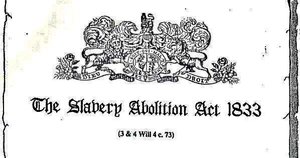 Britain’s place in the history of slavery has been as the country that abolished the international slave trade. Britain’s Slave Trade reveals the shameful truth behind this liberal facade, showing how the economic, social and cultural life of Britain would have been unrecognisable without slavery. Britain’s Slave Trade explains how a middling European power transformed itself into the ruler of the waves, tracing the impact this had on the British way of life and taking in the Industrial Revolution, the beginnings of Empire and the birth of modern racism along the way. Since slavery was abolished they has been unearthed and startling evidence showing how many families that think of them as ‘pure’ English stock are in fact descended from slave ancestors.

Slavery in Britain: What don't we know?

he slave trade was vital to the economy of the British Empire for hundreds of years. We ask historians and experts to explain Britain's past - and how its legacy is still felt today.

Life Aboard a Slave Ship

From approximately 1525 to 1866, 12.5 million Africans were forcibly transported across the Middle Passage to serve as slaves in the New World. Life aboard slave ships was agonizing and dangerous; nearly 2 million slaves would perish on their journey across the Atlantic. #HistoryChannel

Historians talk about our changing understanding of the horrors of the slave trade's "middle passage" from Africa to America. #Roots

A one hour, unblinking and fact-filled look at the real history of slavery, as revealed in Roots. This documentary features leading historians unpacking the history behind Africa at the time of Kunte Kinte and the Middle Passage, slavery on plantations. HISTORY®, now reaching more than 98 million homes, is the leading destination for award-winning original series and specials that connect viewers with history in an informative, immersive, and entertaining manner across all platforms. The network’s all-original programming slate features a roster of hit series, epic miniseries, and scripted event programming. Visit us at HISTORY.com for more info.

BLACK LIVES STILL MATTER
JUSTICE FOR GEORGE FLOYD
George Floyd represents all the Black Men gone before; his murder represents all the Black men killed by servicing police officers while in custody. Many documented as unlawful killing BUT never charged ‘in insufficient evidence.
Black men have long been murdered by police officers who are guilty as Derek Chauvin, who live to tell untruths of a life taken in custody.
George Floyd represents all the Black Men, women and children that will once again be taken again in the near future by White peo
A FIGHT WE MUST WIN - BLACK LIVES MATTER
Banner Black in the Union Jack/Flag
#blacklivesmatter
Thierry Henry exits social media platforms
Former Arsenal and France striker Thierry Henry removed himself from social media on 27/03/2021 because of racism and bullying across platforms.

Henry, 43, posted a message to his 2.3m followers on Twitter on Friday saying the problem was "too toxic to ignore".

He said he would not return to social media until companies "regulate their platforms with the same vigour and ferocity that they currently do when you infringe copyright".
BLACK LIVES MATTER MEDIA MOMENT WINNERS 2020
Black Lives Matter Movement won an Ethnicity Award for ‘Media Moment’ 2020

We believe in a world where every person belongs

We reject racism that stands in the way.

If you support our cause, appreciate our content and would like to contribute to the upkeep of running the site so we may continue to educate and raise awareness of racism please click the donate button