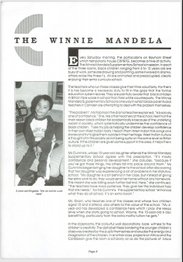 Everyday racism: what should we do? Akala |

Racism is a business. Its marketing is so successful that even Akala looks sideways at a young black man holding a lot of cash. These racial assumptions lead to 'everyday' racism - daily encounters and micro-agressions. It's time to recognise the relationship between top-down propaganda and the bias that we all carry.

U.K. artist Akala stopped by the Vlad Couch to discuss a plethora of topics surrounding the history of the impact of slavery throughout the world, Black culture, hip hop's influence across the world, and what it means to be mixed-race in today's society. Akala starts the conversation discussing the difference between racism in America versus the United Kingdom. Then delves into police brutality and the gun laws in Britain. Then the rapper gives a brief history lesson on Britain's involvement in the slave trade, and how they've maintained a very "white" history. Akala explained there is nowhere in the U.K where there are only Black people. "You know if you go to the south side of the Chicago, or you go to certain parts of the Bronx, I've visited family up there, and literally everyone [was Black.]" In breaking down the presence of hip-hop in the UK, Akala talks about his Black Shakespeare theory, and how he believes that centuries from now, someone like Nas or Lauryn Hill will be the Shakespeare of their time. He also explains why he feels Damian Marley out-rapped Nas on 'Distant Relatives,' after explaining why as a Black man he chooses not to use the N-word anymore.

Rapper, poet and scholar Akala joins James O’Brien for a scintillating interview, in which they discuss two issues that run to the heart of modern Britain: race and class. In a breakneck hour of conversation, Akala picks apart many of the modern myths around gangs, street violence and black youth, looking at the ways these are perpetuated in the media and who benefits from perpetuating them, as well as looking back to the Windrush generation and the institutionalised injustices that led to the recent crisis. It’s an education.