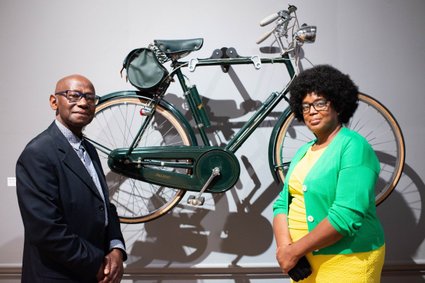 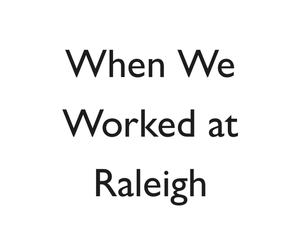 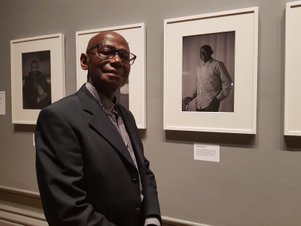 When We Worked at Raleigh

"When We Worked at Raleigh (May 2019-present) is a project led by Nottingham Black Archive and Primary documenting the experiences of members of the Windrush generation, and their descendants, who worked for Raleigh Industries from the 1950s to the 1980s. Over the course of the project, Nottingham Black Archive will collect oral histories and historical material, documenting arrival and day-to-day experiences, and contributions to challenging racism and increasing workplace equality in one of Nottingham’s most famous industries." 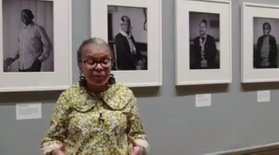 Previously based in the Howitt Building on Lenton Boulevard, Raleigh Industries manufactured bicycles in the mid-20th century that were distributed internationally; one of the main exportation sites was Jamaica. At one point almost every African Caribbean household in Nottingham had at least one family member who was employed by Raleigh. Whilst many cities celebrate their historic buildings and industries, the contribution of minority groups is often overlooked. Recognising, commemorating, and learning from this contribution feels essential in contemporary Britain, where members of this community have been hit by the Windrush Scandal, and both established and new communities are affected by the ‘hostile environment’. 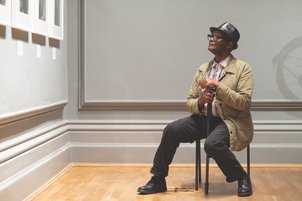 Curated by Nottingham Black Archive founder Panya Banjoko, Don’t Blame the Blacks explores the history of Nottingham’s black communities since the 1950s. The title of the exhibition comes from a seminal text written by Oswald George Powe, a labour unionist, activist, and politician whose life and work is the focus of the collection. Using archival material to build a rich picture of the activist streak in Nottingham’s black communities, the exhibition sheds light on the importance of Powe and his fight against racial discrimination at Raleigh Industries. 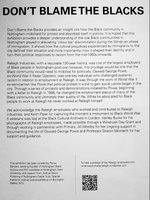 George Powe was politically aware and involved himself in local and national politics, trade unionism and actively fought racial discrimination. In 1956 he wrote and had published an important political pamphlet in conjunction with the Afro-Asian West Indian Union (of which he was the secretary). It was called “Don’t Blame The Blacks”.

He had been inspired to act following the Race Riots in 1958 and campaigned to change the employment policy at Raleigh Cycles Nottingham, but with negotiations failing he sought the assistance of Norman Manley, Jamaica’s first Premier, leading to an embargo of bicycle imports from England. 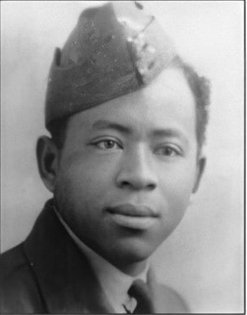 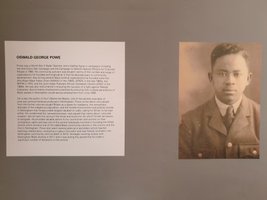 Listen online for free on SoundCloud -

hese were Black Employees of Raleigh Industries between 1950's and the 1980's, click on images to hear their personal experiences

When We Worked at Raleigh

Click to play all podcasts - When We Worked at Raleigh

WW1- The Working Lads Institute was the first of its kind in London to admit black people and Rev Thomas Jackson, the founder, is pictured here with five soldiers at the time of World War I 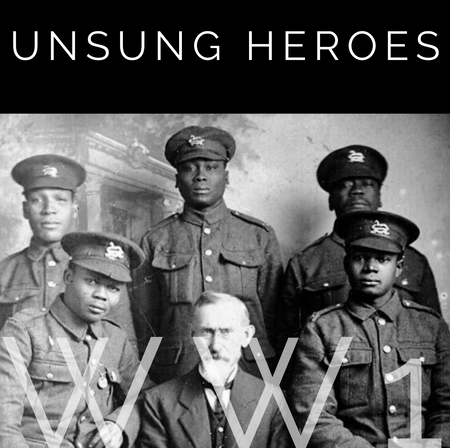 White and Black sailors and marines occupied separate living quarters at the Naval submarine base in Groton, Connecticut in 1919. Racial tensions were high in the Groton and New London area from May to June, and there were several confrontations between the two groups. Black sailors reported that white sailors attacked them, and White Marines accused the Black sailors of waiting for them after dark when they crossed Long Cove Bridge.

THE 'BLACK ARMY' : UNSUNG HEROES OF WORLD WAR I

Click image or here to read article. It's written to explore and highlight the lack of recognition given to those Black men and women who served the colonisers in The “Great War”, otherwise known as WWI. The war was prompted by the assassination of Archduke Franz Ferdinand, it lasted 4 years, and was supposedly largely fought between European powers. The war saw the death of over 16 million people, and ultimately lead to the rise of Adolf Hitler and eventually, World War II. This is a summary of everything that the history books in the school curriculums want us to know about that war. However, in this blog post I wanted to shed more light on the forgotten army, the Black army - that who were truly the unsung heroes of these European victories.